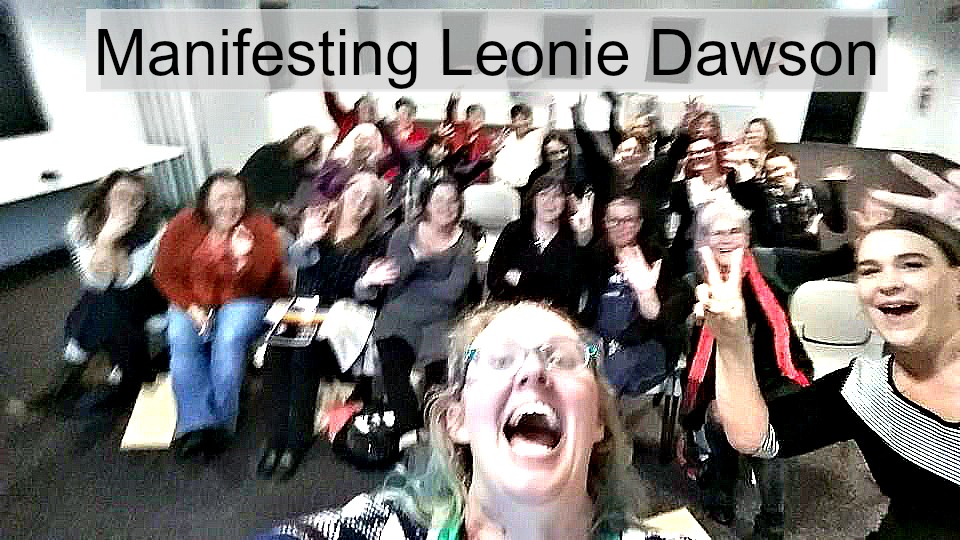 This is one of those quirky little tales, that’s not stalker-ish at all.

I began following Leonie Dawson back in 2013 at the very start of my self-development journey. I had purchased  a series of interviews from the Feminine Business Model Telejam and Leonie was one of the many. At the time she was skyping in from Far North Queensland, birds carrying on in the background and an incredible energy about her. From there I went on to buy her workbook and the following year signed up to the academy.

January 2014, I was sitting in the Brisbane airport, killing time before catching a bus. I was due to launch a business networking group and I was planning  guest speakers and formats. On a piece of paper I wrote a list of local business women who I thought I might be able to connect with and who might be prepared to speak to the group for free.

Down the very far left corner at the bottom of the page I wrote a special list. 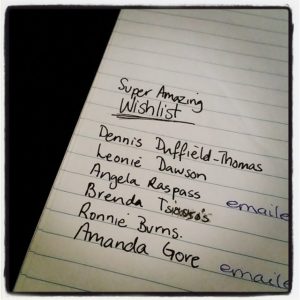 Fast forward to early January 2015, in Leonie’s Academy Facebook Forum she announced that she was moving to Tasmania and that she would be looking for networking and conference opportunities. Heart outside of my chest, I replied that I would love to have her speak to my networking group. Incredibly she replied and so began the necessary correspondence to set it up.

In the meantime the networking group had been functioning well enough. I had managed to have a range of consistently brilliant guest speakers but it was a huge amount of work to organise and promote. Despite all my efforts the group remained small and I felt I was constantly struggling to encourage people along no matter how incredible and worthwhile the speaker was.

After the death of my baby in February, I was challenged by what aspects of my businesses I wanted to retain and I became quite clear and protective about where and how I wanted to spend my time and energy. With much wrestling with my choices, I decided the best outcome for me was to focus my energies on my coaching. That meant wrapping up the network’s activities. However, there was NO WAY I was giving up this opportunity of a life time. So in a weird way it became my swan song for that chapter of my life. Because Leonie had been going through her own reproductive health challenges and due to my own emotional fragility, things on the correspondence front had gone a little quiet and it had crossed my mind that maybe it was never going to happen. However, on the 20th of April, the week I had been due to give birth, another email came from Leonie to finally lock in the date. Somehow there was a weird blending of events and emotions…

The event itself was stressful to organise. As usual, so many people enthusiastically indicated that they were coming but no one was buying tickets. Ultimately further layering that I was making the right decision to close the network. As the shut off date neared, sales trickled in. I counted down the closing date in the event every day. Catering was costly and in hindsight it would have been best to have not bothered, especially because it made last minute ticket sales a complete nightmare (several people contacted me after the closing date). Again, I felt this was all confirmation that I was on the right path.

Eventually the night arrived and it was all I could have hoped for. Leonie was hilarious, entertaining, inspirational, educational, informative…you name it, she nailed it! Women queued to have the workbooks signed, so many many workbooks due to the immense generosity of Leonie, and by the end boobs became a common signing theme. 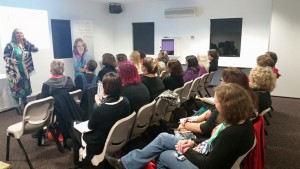 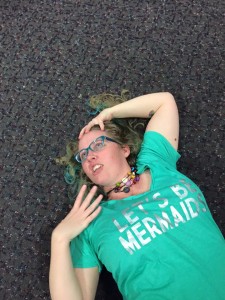 Everyone had an incredible time, Leonie shared her wisdom in a truly authentic way. She was genuine and caring and pulled no punches in delivering the cold hard truth about building a million dollar business.

I am so grateful for the opportunity to hear this incredible business woman speak. I am a total #fangirl

And what have I learned about “manifesting”. Work and pay to be in the right place at the right time. I pay to be in the academy and I make a point of engaging in as many threads as I can. Without that, the opportunity wouldn’t have presented itself. And if no one else is prepared to make things happen it has to be up to you, so I endured the frustrations of event management, an area well out of my zone of genius, and I got to reap the rewards. It was awesome!